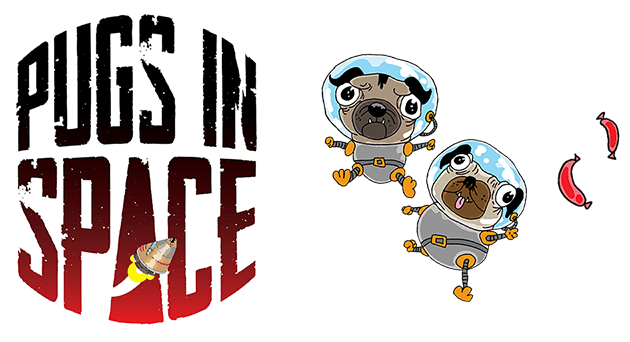 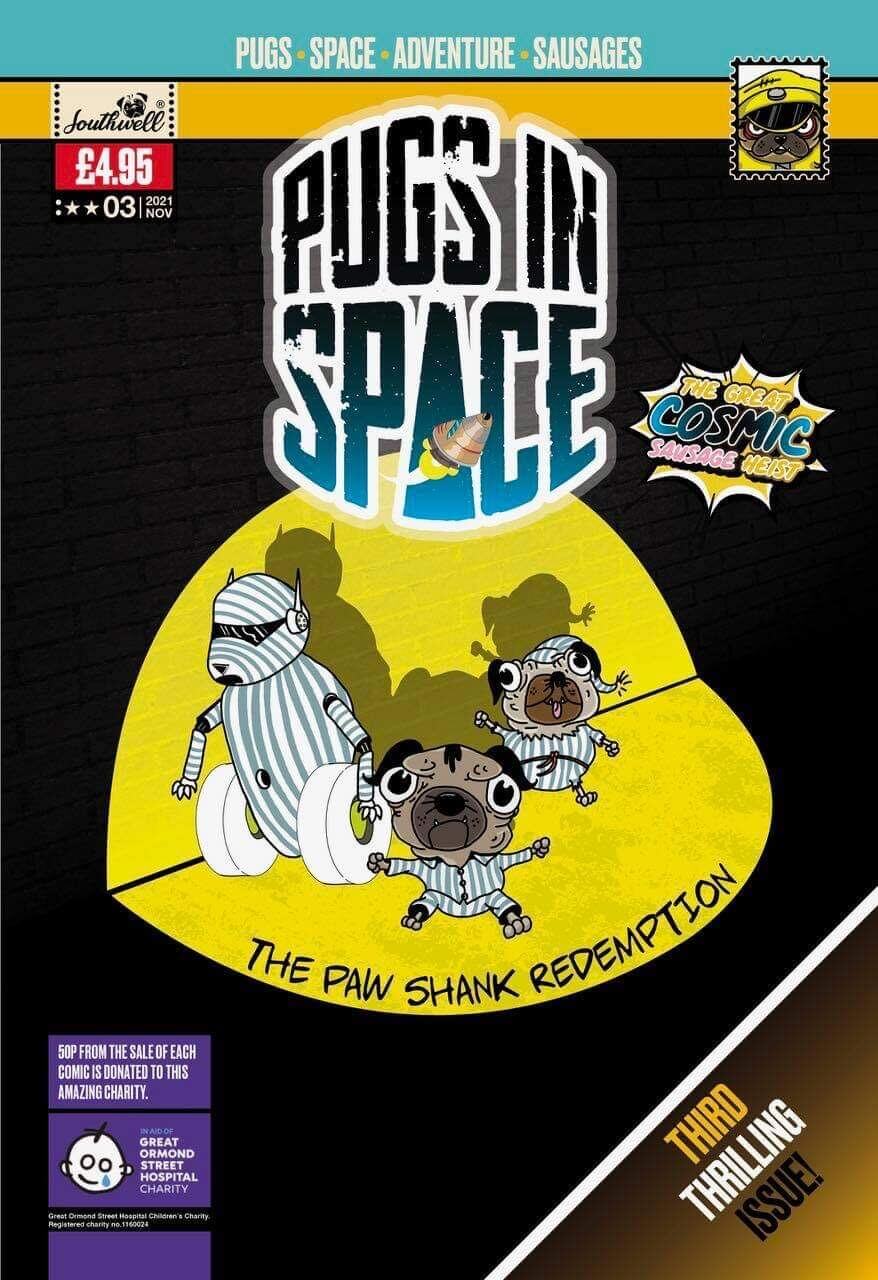 Early excerpts from Pugs In Space issue 03 suggest a major plot twist in the furry canine’s cosmic adventure. If you remember From issue 01, this whole thing started out as a quest to recover the world’s sausages after they mysteriously disappeared. So the pugs were sent into space to sort things out.

After several mishaps they tracked down the culprits – Fat Cat and his goons – but were severely outnumbered when contact was made deep in the Catosphere. After a frantic laser-dodging chase the pugs’ space ship USS Weiner made a near-fatal crash-landing on an unknown planet inhabited by Trash Pandas and run by a curious chap called Pablo Escobark, an infamous dog-food overlord.

That’s all in issue 02 of the comic which is currently being printed and will be out very soon. But fast-forwarding to issue 03, Major Ron, Lieutenant Lola and Dr Ted have, for some reason, been banged up in a jail on an asteroid…

Things don’t go well at first for the pugs. Their claims of innocence are shouted down by the nasty warden, Samuel Newfoundland, and when he’s out for the day, Lola sneaks into his office and plays ‘Calm Down’ by Taylor Swift over the public address system. Lola gets solitary.

Things are no better for Dr Ted as he frequently gets ambushed by an unsavoury character called Bogs and his fellow robot cats.

The pugs eventually befriend a fellow inmate red setter called Red. Red has been known from time to time to ‘get certain things’. Lola asks him to get a poster of Taylor Swift for the pugs’ cell.

The story will continue…

Dr Ted: “Captain, I have detected an SOS signal from sector 12x. It appears to be coming from a space craft belonging to the galactic NASA:

Lola: “Major, I’ve been meaning to ask you this,… why can’t we have a cool abbreviation for our organisation? P.I…”

Major Ron: “I’ll have to stop you there, Lieutenant.” 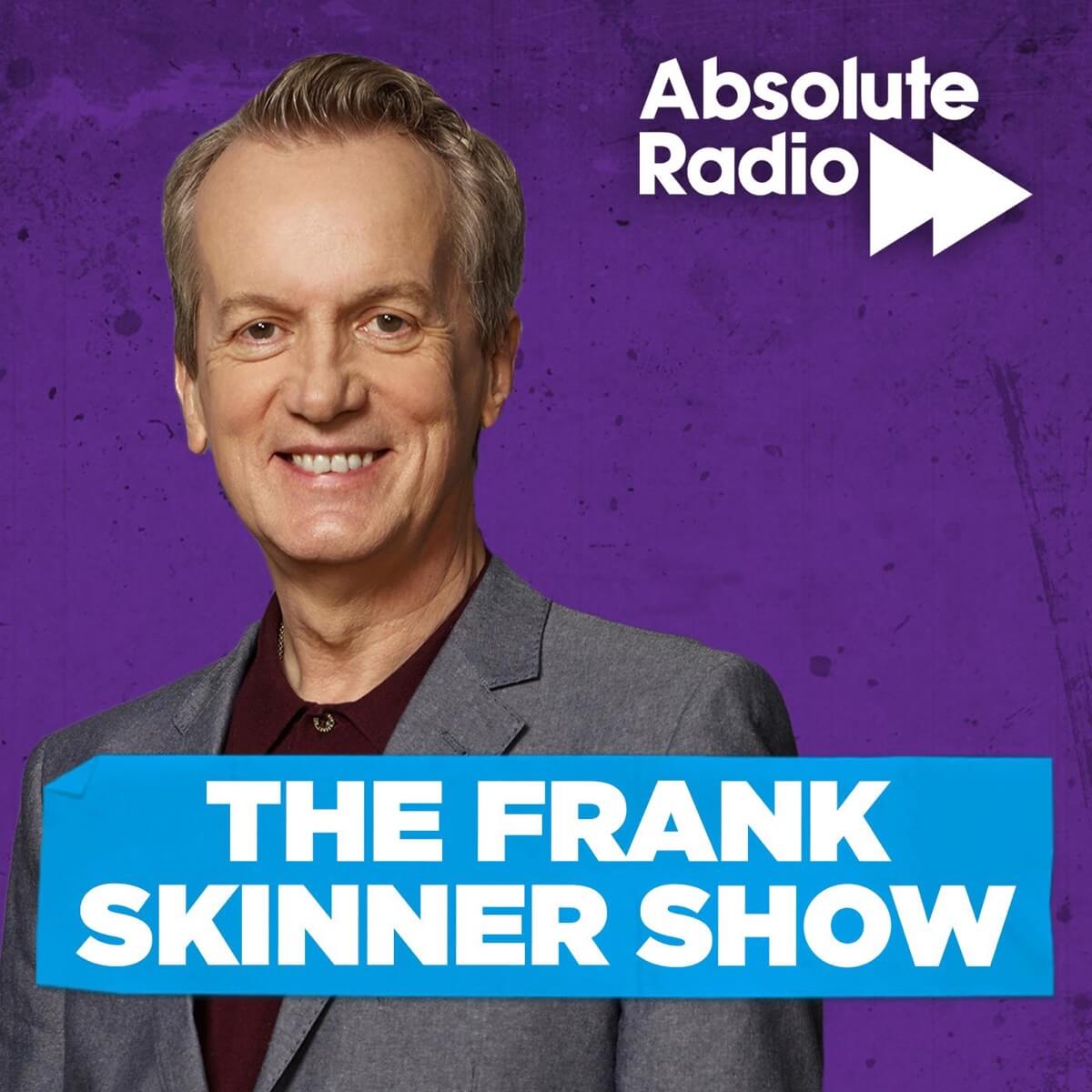 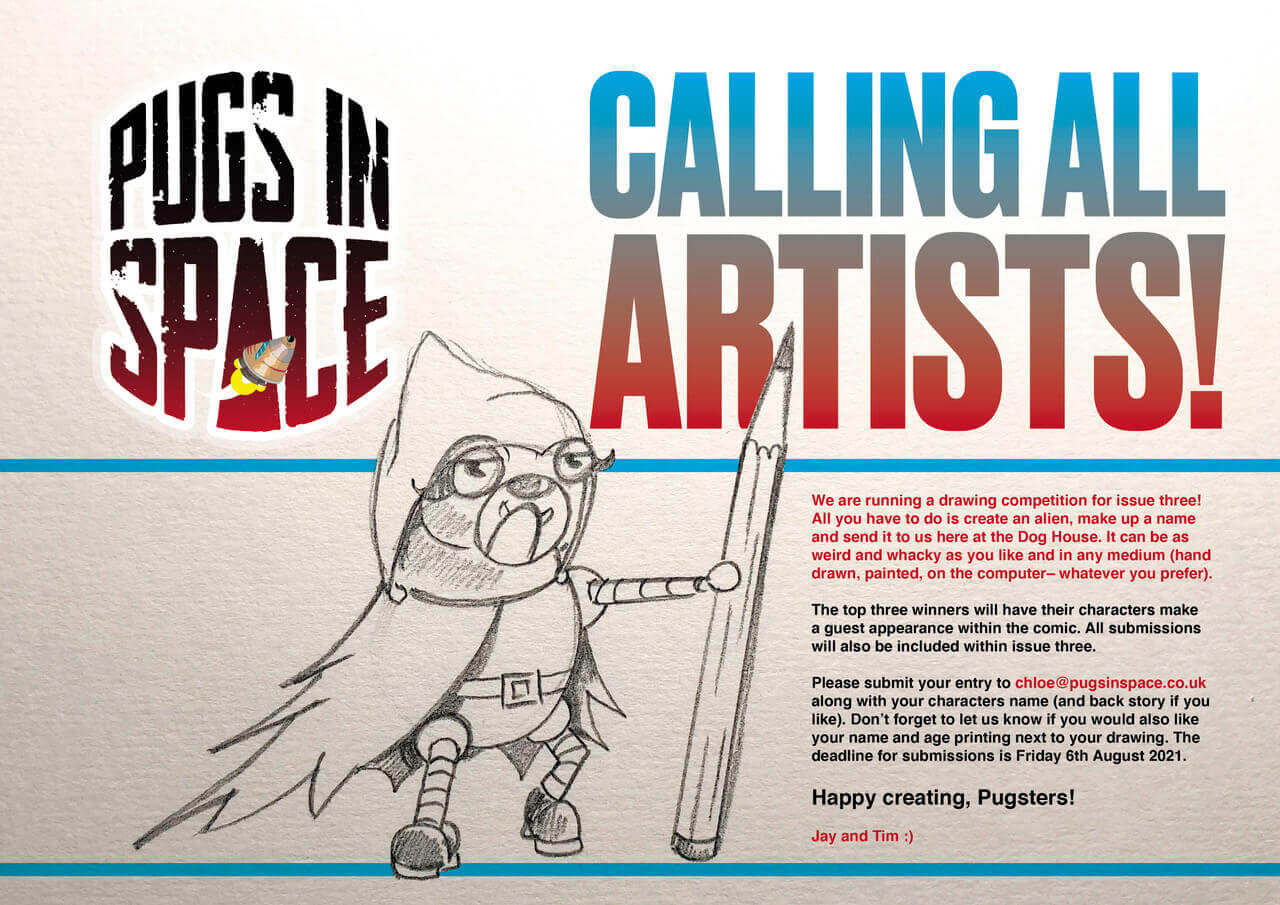 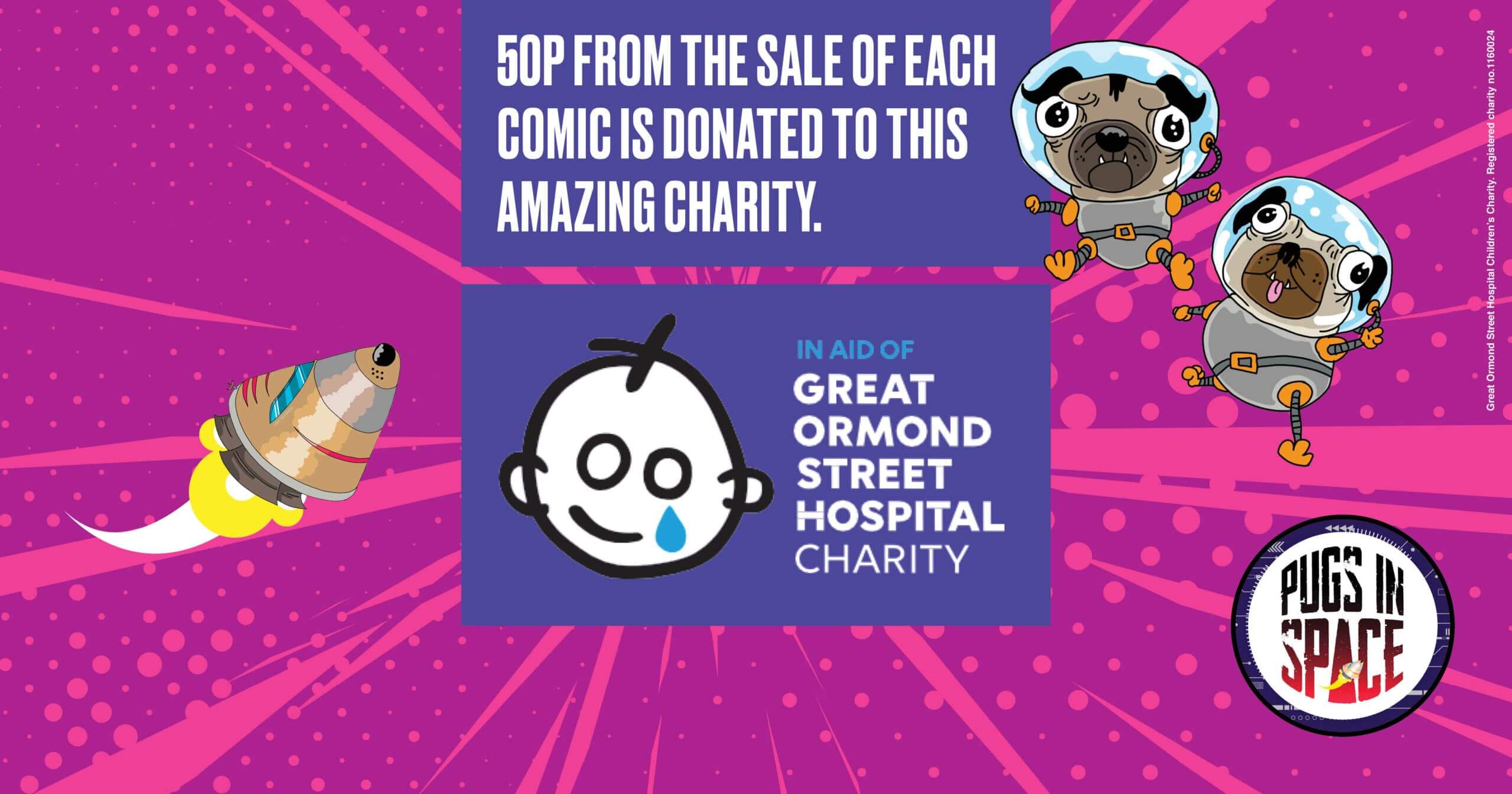